Studying Maths: Mistakes Are To Be Celebrated

Why do children fear Maths? Is it because the concepts are not clear to them? Or is it that they are afraid of making mistakes? In this article, the author argues that Maths phobia exist because children are not taught to celebrate mistakes, which is essential for understanding of the subject.

“Maths is one of the most exciting subjects in school.”

You could walk into any classroom in any school, make this statement, and observe the majority of students’ expressions turn into disbelief and scepticism. Who do we blame here for this reaction? Is it maths itself or the way it is being taught in our classrooms?

As an educationist, I often wonder why maths seems such a formidable subject for a number of students. Maths remains the same wherever you go. Languages may change, the history changes, but maths stays constant. Knowledge of it is essential throughout our lives. So why do students fear it?

Observing the teaching methods and understanding the point of view of students helped me realise that in schools, speed is often considered superior. Students who solve maths problems quicker are considered the brightest, when actually speed has nothing to with accuracy of solving problems. Some kids take a longer time to grasp the theories and concepts. These kids are often discouraged and looked down on when they are not able to solve problems within a particular time frame. This might be one of the reasons why students instantly develop a dislike towards the subject, and often tend to avoid it.

In schools, speed is often considered superior. Students who solve Maths problems quicker are considered the brightest, when actually speed has nothing to with accuracy of solving problems. Some kids take a longer time to grasp the theories and concepts

Unknowingly, in the rush to finish the syllabus, our classrooms often fail to offer the luxury of time. A number of great mathematicians reveal that after finishing or dropping out of school, they were able to truly understand and love this subject as there was no pressure on them. So, why not let our kids learn without pressure in school itself?

If you ask a child, “What is maths?” He would say that it is about answering questions accurately and quickly. A mathematician, however, would respond in a totally different manner. The answer coming from a mathematician to the same question would be that it is about finding patterns and similarities everywhere.

We need to reintroduce students to maths by making them understand its real-world applications. To give an example, an interesting activity was conducted by our teachers by teaching kids about linear equations with two variables. The students were told to observe a shoe with laces and consider the shoe size as variable x and the length of the lace, variable y.

Failure has always been looked down upon. It makes a child hide his/ her errors, instead of using them as an opportunity to improve. The culture of celebrating mistakes needs to be normalised

A crucial shortcoming of our classrooms is seen when it comes to dealing with mistakes. We’re often told, “Failure is the first step to success.” But in reality, failure has always been looked down upon. It makes a child hide his errors, instead of using them as an opportunity to improve. The culture of celebrating mistakes needs to be normalised. When a child is asked to do a tough calculation, he might falter. While doing so, his brain goes into a state of disequilibrium. To bring it back to equilibrium, he needs to struggle. This movement of the brain occurs only when mistakes are made. It is important that in a classroom, a student is made to seek answers rather than spoon-feed him dry information. Organised group work, I believe, brings extremely fruitful results, as children help each other understand concepts.

Thus, in my opinion, failure teaches us more than our success. Solving something imparts a greater sense of satisfaction only if you have made mistakes a few times before. So why not encourage mistakes? Why not celebrate them! Let’s offer a new world of learning to our students, a world full of opportunities and mistakes! 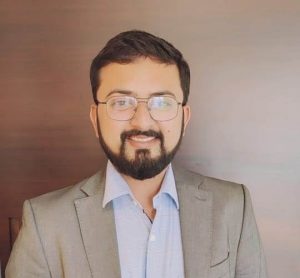 DISCLAIMER: Views expressed above are that of the author and do not reflect the views of the website. The Peeper Times does not assume any responsibility or liability for the same.

Learn To Lead, Learn To Change

Teaching With A Sense Of Purpose