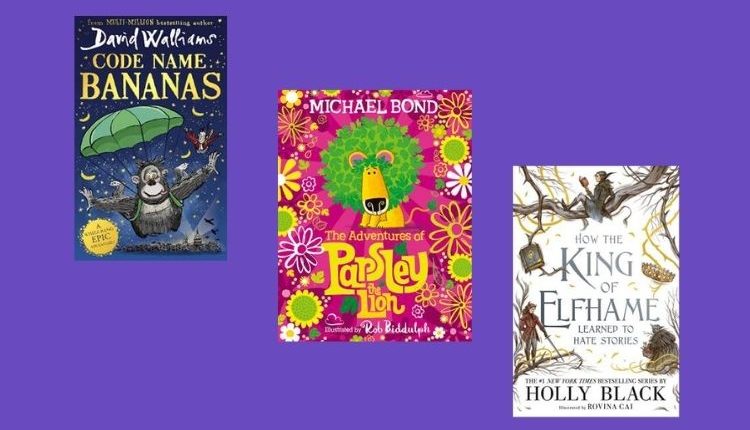 Wondering what to read during this winter season? Well, here’s a list of new releases by HarperCollins Children’s Books which are sure to excite you.

Check the books below:

Eleven-year-old Eric spends his days at the place that makes him most happy: London Zoo. And there’s one animal in particular he loves: Gertrude the gorilla.

With bombs falling all over London, Eric must rescue Gertrude.

Together with his Uncle Sid, a keeper at the zoo, the three go on the run. But while hiding out at the seaside they uncover a top-secret Nazi plot…

Book: The Adventures of Parsley the Lion

Living in the magical Herb Garden, Parsley the lion is never quite sure what’s going to happen to him next . . . especially with an excitable friend like Dill the dog around.

Parsley made his debut in 1968 in the children’s animated TV series The Herbs, written by the creator of Paddington Bear, Michael Bond. Capturing the hearts of viewers, he went on to star in his own TV series The Adventures of Parsley in 1970, as well as in a series of books and on a wide range of merchandise.

Name: How The King of Elfhame Learned to Hate Stories

Once upon a time, there was a boy with a wicked tongue… Before Cardan was a cruel prince or a wicked king, he was a faerie child with a heart of stone. In this sumptuously illustrated tale, Holly Black reveals a deeper look into the dramatic life of Elfhame’s enigmatic high king. This tale includes delicious details of life before The Cruel Prince, an adventure beyond The Queen of Nothing, and familiar but pivotal moments from The Folk of the Air trilogy, told wholly from Cardan’s perspective. This new installment in the Folk of the Air series is a return to the heart-racing romance, danger, humour and drama that enchanted readers everywhere.