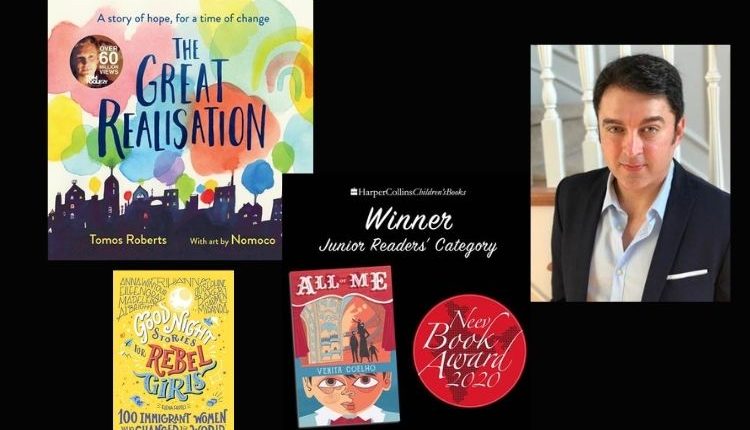 The festive season is here! But thanks to the Covid-19 pandemic, there is not much one can do. While we do miss our dandiya nights, ram-leela or visit to pandals, this year the most important thing is to stay fit while staying indoors. So, why not spend some time reading these wonderful children’s books of fantasies and hope, and learn something new this diwali season.

Book: All of Me

About the book: London, 1854: Castor is discovered locked away in a basement. He has been there for five years, but he hasn’t been alone. The Family has kept him company. These are his multiple personalities that have emerged out of the dark. Mr Pickwick is the father figure with a habit of quoting from the Bible. Miss Trent is the nervous governess who dreads germs. Skinner is the street urchin with a smart answer for everything. The Infant Prodigy is a cranky genius. Together, this most unusual team of detectives tries to solve the mystery of why Castor was imprisoned. The clues lead them to the most fabulous jewel in the world – the Koh-i-Noor. The young Maharaja Duleep Singh has just arrived in England to present the diamond to Queen Victoria. Hunted by the deadly Blue Turbans, Castor and the Family race against time to unravel the connection between the diamond, his imprisonment and the disappearance of his parents.

The book has recently won The Neev Book Awards 2020 in the Junior Readers’ category.

About the book: Written for his younger brother and sister in response to the Covid-19 pandemic, this heartfelt poem conveys the message of hope and resilience, of rebirth and renewal, and has captured the hearts of children and adults all over the globe. The poem and the beautiful illustrations by award-winning artist Nomoco will remind readers that in the face of adversity there are still dreams to be dreamt and kindnesses to be shared. And there is always hope.

About the book: This is the third volume of the New York Times bestselling series for children. The book contains 100 biographies of immigrant women who left their birth countries for a multitude of reasons: some for new opportunities, some out of necessity. Readers will learn about Madeleine Albright, Asma Khan, Carmen Miranda, Rihanna, and many more. From chefs and surgeons, to musicians and politicians, to champions of judo and chess, these extraordinary figures will inspire girls everywhere to follow their dreams, no matter where they lead.

Book: The Coward and the Sword

About the book: The Kingdom of Kofu, ruled over by the benevolent and brave King Rissho and his charming wife Queen Kanito, is a peaceful and happy one. Its people are resourceful, and more importantly, just like their beloved King, courageous. Well, all except one. Prince Kadis, the young sixteen-year-old heir, is anything but that. Kadis, quite simply, is a coward. Scared and anxious of almost every possible thing, he confines himself to his room for most of his young life. He prefers to stare dreamily out of his window, and wonder why he can’t be brave like the rest of his family and the people of his Kingdom. Until one day, a seemingly chance encounter with his wise old uncle Shonin, changes his life completely. He soon learns of the troubled history of Kofu and the impending clouds of war looming over them. Thus begins the adventure of the timid and shy Prince, and his two young friends, as they embark on an epic trip into the enemy Kingdom of Molonga. As soldiers of peace, they are armed with nothing but noble intentions and a family heirloom, the mystical sword of Kofu. Will they succeed in ending the decade-old conflict between the two Kingdoms? Will peace win against war?