Earlier this month, India successfully launched the ‘South Asia satellite,’ described as India’s gift to her neighbours. But besides the space diplomacy, GSAT-9 is important because of its role in GAGAN system. SPACE Foundation’s President CB Devgun tells us why it is a milestone in ISRO’s history.

Q: India recently launched GSAT-9 communications satellite? What is the significance of this launch?

A: South Asia Satellite, also known as GSAT-9, is a geosynchronous communications and meteorology satellite operated by the Indian Space Research Organisation (ISRO) for the South Asian Association for Regional Cooperation (SAARC) region. The idea to launch a satellite for cooperation among SAARC countries was mooted by PM Narendra Modi so as to increase the cooperation and provide services in telecommuniation, telemedicine, direct-to-home television services and tele-education to neighbouring countries which do not own a satellite or have a space plan.

Q: What kind of services and applications will GSAT-9 provide?

A: It’s a multi-role satellite which is placed in geosynchronous orbit so that it always stays above the same region, like a transmission tower 36,000 kms in height, and it will cater to television channel services, telecommunication and tele-medicine services which are now considered as backbone to the growth of any nation. It will also provide remote sensing which will enable countries to get access to real-time weather data; and will be very useful in fighting natural disaster and calamities.

GSAT-9 will cater to television channel services, telecommunication and
tele-medicine services which are now considered as backbone to the growth of
any nation. It will also provide remote sensing which will enable access to
real-time weather data

Q: It is said that GSAT-9 will reinforce India’s GAGAN system? 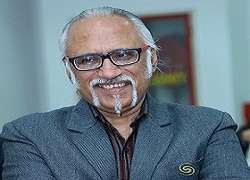 A: GAGAN (GPS Aided GEO Augmented Navigation) for aviation industry is extremely useful because it provides accurate navigational facilities over a very large area comprising part of asia, africa and indian ocean region. GAGAN provides the additional accuracy, availability and integrity necessary for all phases of flight, from en route through approach, for all qualified airports within the GAGAN service volume. Right now, it uses services of GSAT-8 and GSAT-10 satellites. GSAT-9 will be an add-on to the present constellation of satellite systems.

Q: It was the eleventh GSLV launch. Earlier, ISRO was launching satellites through PSLV? Can you tell our students what is the difference between the two?

A: GSLV (Geo Stationary Launch Vehicle) is a more powerful launcher than PSLV (Polar Satellite Launch Vehicle). GSLV launch for GSAT-9 was eleventh launch. A few of the earlier launches of GSLV were failures as ISRO was testing the indigenous cryogenic technology for the engine. Because of sanctions on India, we did not get the required technology from other countries. PSLV can get around 1400 kg of payload to GTO transfer orbit (geosynchronous transfer orbit) but to send heavier telecommunication satellite, one needs more powerful launchers. GSLV can carry up to 2500 kg satellite to GSO (geosynchronous orbit) and that’s where it was required at present. ISRO has developed GSLV so that we are not dependent on any other country for launching our satellites in orbit.

Now, log on to eSanad and verify students’ documents

When langur and bear come together to save a tigress

“I wanted to encourage children to start observing birds”

“As a parent, I want to get rid of all schools, all board exams in India”