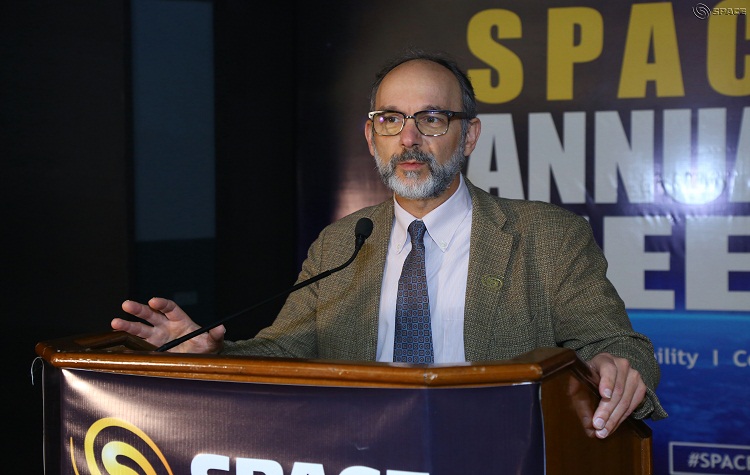 What always impresses me about students in India is their wonder, curiosity and enthusiasm about any subject. Often they ask questions that are difficult to answer – there are so many questions that children ask. I have heard some people say that in India, students, when young, are enthusiastic but as they progress, they somehow become less enthusiastic. The key to me is to try and tap into that enthusiasm and keep them on the track of science and technology. I think programmes like All India Asteroid Search Campaign are useful and essential.

I think what you need are role models that does not comprise only famous people whom you see on TV or elsewhere but also people who are accessible, interact with you regularly – basically people from a broad  range of fields. Programmes/activities which help in bringing people who can be role models for children are important.

Maths and Physics are extremely important for everything – astronomy, space and the world in general. We need to find methods for making them more accessible, more interesting and more relevant to people.

Relation between religion/mythology and modern science

I strongly believe that there’s no inconsistency between the ancient text and interpretations (both religious and mythological) and modern science. There’s a clear relationship between the thinking behind the ancient text and the actual physics that we are discovering now. I have a colleague who is trained in astrophysics. He went to the traditional educational system and at the end of it, he said, “This is fine but this is not what interests me. What interests me are things that we basically don’t know, but perhaps can know. So, I am going to dedicate my life to understanding things that are more metaphysical.” He is a brilliant guy; he sees a strong link there. I have worked with him and I also believe the same. I have read many Indian books. Whether the actual text can form the specific mathematical model or cosmological principles that we develop – I don’t know. I am not an expert in those fields. I think it is more in terms of the conceptual approaches that they are quite relevant.

I encourage people to think more broadly than just be technical, so that they can integrate more human aspects of science into it. That’s one reason why I think people are going away from science – because it seems very still, very impersonal and may be, not so relevant to their lives, directly.

Collaboration between India and the US

Both India and the US should collaborate more on space research programmes. NASA is looking forward to invite students from across the globe to participate in their space outreach programmes.

It started with a night-out with friends, then became a passion, which then led to the discovery of asteroids. That’s how one of the Indian asteroid discoverers, Amanjot Singh described his journey in the world of astronomy.

Singh and Sahil Wadhwa were in school when they came in touch with New Delhi-based SPACE India. Their fascination for astronomy enthused them to participate in the All India Asteroid Search Campaign (AIASC) in 2010 conducted by SPACE in collaboration with the International Astronomical Search Collaboration.

Hundreds of students from all across the country participated in the search campaign in which they discovered nearly 500 new rocks in space. But only the two’s discoveries were named as a provisional discovery; and are now recognized by the International Astronomical Union (IAU).

The former Ryan International School Rohini students were felicitated at SPACE’s annual meet in New Delhi recently for their achievement.

Digitising India with their ideas

When langur and bear come together to save a tigress

“I wanted to encourage children to start observing birds”

“As a parent, I want to get rid of all schools, all board exams in India”