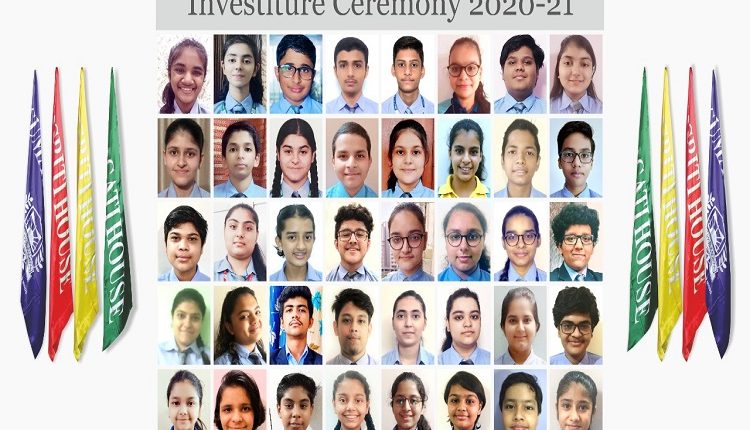 “Leadership and learning are indispensable to each other.”  – John F. Kennedy

To inculcate the qualities of headship among the learners and provide them an opportunity to experience the working of an administrative body, the Student Council was formed by the students of Khaitan Public School (KPS) through online voting during the lockdown. The school organised a Live Virtual Investiture Ceremony on Zoom, which also premiered on YouTube.

The speech was followed by a mesmerising and beautiful Aatma-Jyoti Kathak Dance, which was performed by KPS alumni and students from grades III to VIII.

Thereafter, headmistresses of the elementary and middle wings boosted the council’s confidence and enlightened students about the qualities of a a true leader.

The vice principal administrated the oath to the senior head boy and head girl who represented the entire council. He then talked about the Barack Obama’s inspirational night victory speech.

Following that, the former heads of the council shared their experiences and how this position led to their intellectual and moral development.

Rashi Ratan and Araf Rauf Saifi, current heads of the council, expressed their joy and promised the council to be great leaders.

Applauding the newly elected members of the student council, school principal Sonia Anil Verma gave example of Nelson Mandela, used his quotes to explain students what a leader is and how to acquire leadership skills and qualities.

The vote of thanks was given by the Super Champ of KPS. The event was filled with excitement and outstanding coordination. It was inspirational as well as motivational. It reminded the Khaitanians of the spectacular quote by former President, Late Dr APJ Abdul Kalam, “All birds find shelter during a rain, but eagle avoids rain by flying above the clouds.”

These Books Are Hit Among UPSC Aspirants