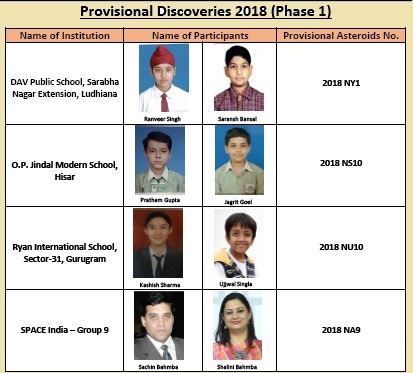 Since 2010, every year, Indian students participate in this asteroid search campaign. This year, around 400 students from all across the country participated in this 2-month long campaign to find asteroids.

In this project, images are taken by the Pan Starrs telescope in Hawaii, which provides images to the participants. Students look for asteroids under programmes initiated by NASA and Jet Propulsion Lab that track and monitor asteroids looking for ones which may have perturbed out of their orbits and thus pose a threat to earth. The students use advanced software and techniques to look for asteroids.

Student discoverers in 2018 Phase 1 are:

“I want to reach out to innumerable children in my lifespan”

This teacher has special plans for Children’s Day?