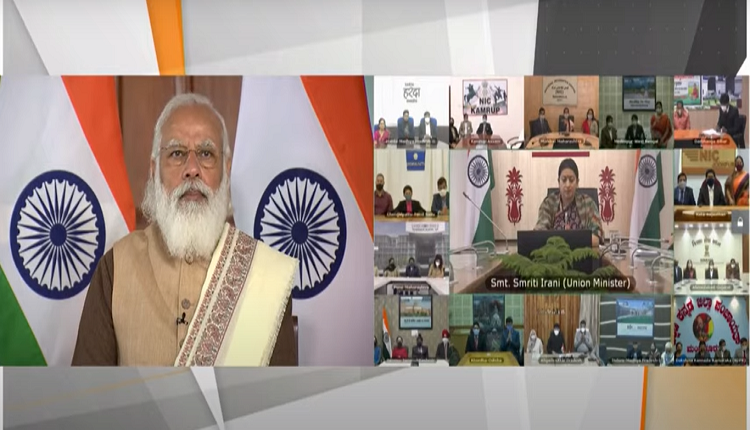 PM said that this year’s awards are special as the recipient earned them in the difficult times of corona.  During the interaction, the PM acknowledged the role of children in major behaviour-change campaigns like swachchta movement. He said when children got involved in campaigns like handwash campaign during corona time, the campaigns caught the imagination of people and achieved success. He also noted the diversity in the fields in which awards have been given this year.

Earlier, while commending the young achievers, President Ram Nath Kovind  stated in a message, “I am hopeful that Pradhan Mantri Rashtriya Bal Puraskar 2021 would not only motivate the winners but will also encourage millions of other young children to dream, aspire and stretch their limits. Let us all do our personal best to take our nation to new zenith of success and prosperity.”

The Government of India has been conferring the Bal Shakti Puraskar under Pradhan Mantri Rashtriya Bal Puraskar to the children with exceptional abilities and outstanding achievement in the fields of innovation, scholastic achievements, sports, arts & culture, social service and bravery. Below is the list of PMRBP, 2021 awardees. Click here to read about their achievements.

Five ways to get lucky