Book Review: Fly by Wire – The Geese, the Glide, the Miracle on the Hudson 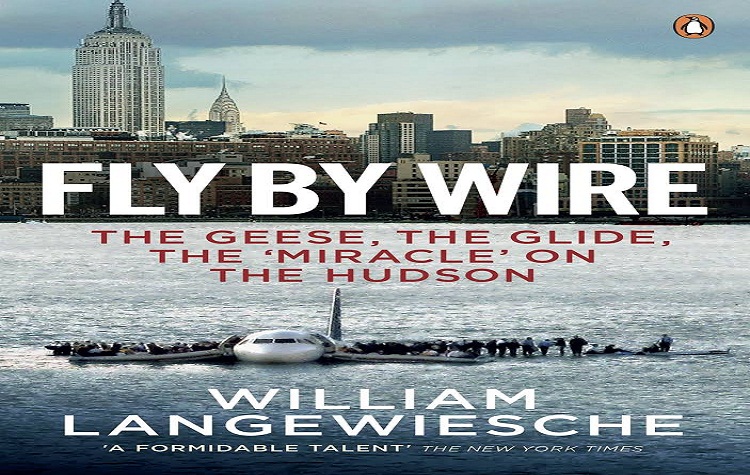 Most of you must have heard about the ‘Miracle on the Hudson.’ Many of you must have watched the recently released Tom Hanks starrer Sully which was based on the same incident. So why then should you read a book dealing with the same subject? What is so different in it?

On 15 January 2009, US Airways Flight 1549 was hit by a flock of migrating Canada geese, resulting in dual-engine failure, and landing on the Hudson river. The incident shocked everyone and was a much-talked about news in the following days. Most of you must have heard it. Many of you must have also watched the movie Sully. Then why are we recommending a book dealing with this incident? What is so different about it that we should read it?

Well, there are many reasons why we recommend this book to our readers.

First and foremost – because of its author, William Langewiesche, who is uniquely qualified to write about this incident. Having worked as a pilot for 15 years, he understands the nuances of aviation industry like no other. Having already written a book about air crashes (Inside the Sky, first published in 1998), Langewiesche does not present melodrama but facts as they were.

Second, the book gives an excellent insight into the world of aviation – all those who are fascinated about aircraft would love to know that. It explains you how the advent of digital fly-by-wire revolutionised the aviation industry. By peeping into the history every here and there, Langewiesche presents an interesting account of the Hudson incident. In this process, he takes you through the journey of Airbus – from a loss-making company to the best known name in the aircraft business – the technological superiority that has become an intrinsic part of Airbus, and the challenges faced by its fly-by-wire architect Bernard Ziegler in bringing this transformation. By the end of the book, you land up admiring Ziegler and his machine for making flying a safer and smoother experience.

While appreciating the machine for its technological brilliance, the writer takes no credit away from the skill and cool shown by Capt. Sullenberger and his co-pilot, Jeffrey Skiles. Had Sullenberger not been there, the day may have witnessed one of the worst aircraft failures in modern history. As Langewiesche mentions in the book, “Sullenberger was brilliant at it, as was the automation he commanded. Their roles were linked but distinct. His was to make the decisions that mattered. The automation’s was to execute them well.”

Although the book is informative about the incident and aviation sector, certain events are dragged unnecessary. For instance, the chapter dealing with bird-hits is so long that after a while, a reader loses interest. Nonetheless, Fly by Wire, The Geese, the Glide, the Miracle on the Hudson is a wonderful story told expertly, and with a happy ending.

The Gullible Cyberspace: Watch Your Kids