Lockdown Tales – A Furry Day In The Lockdown 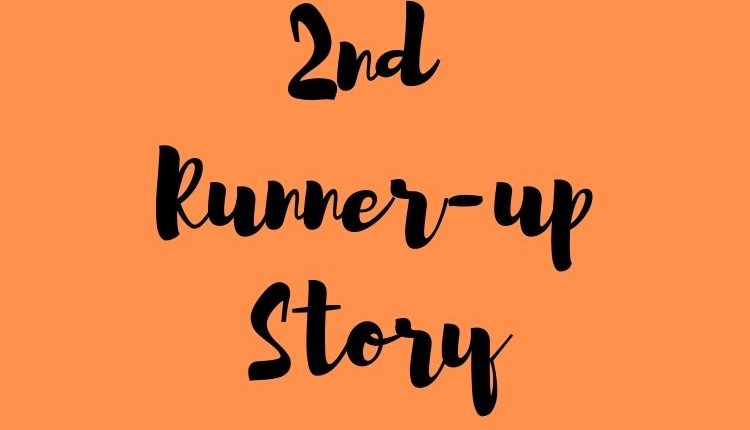 Confined in the walls of the house, the doors as if locked with an invisible lock, I dreamt and dreamt of beautiful, breezy days, and of running back and forth on the damp, dew-laden grass, happy as could be. But right now, the lockdown, the disease of Covid-19, did not allow anyone to do so. Those days only existed in dreams.

I was a young girl, waiting for the day when this would be over. However, this was not the only thing I was dreaming about. There was also something else – something I had been dreaming about long since before the lockdown, and the desire only increased now – I wanted a dog.

I knew this would not be possible. Everyone was reducing expenses, and a dog would mean a lot of money and care. But this did not stop me asking for a dog every other day, and hear, ‘Not right now. I’ve told you a lot of times – we aren’t ready for it yet,’ from Mom. I was still optimistic.

As the sunlight entered the room from the window, I lay in bed, thinking. The lockdown was going on, announced by our Prime Minister, Shri Narendra Modi, on 22nd March, which brought hunger, and unemployment among many; for children, boredom. Days passed with the news of more cases flooding the city, the air thick with tension.

But I wanted a dog, and I was determined.

It was my birthday the next day. I wanted nothing but a dog, which I knew was not possible. I sat up on my bed, and started thinking about having a dog as I ran my fingers over my face and through my long hair.

I imagined having a smart, handsome German Shepherd named Achilles. He had a black tail and ears; his eyes were jet black, and in them was curiosity, warmth and loyalty; most of his smooth coat was brownish-gold, with a little black under the neck and on the forehead; he was well-fed and strong; and he was very loyal, brave and courageous. I imagined him going for walks in the mornings and evenings, and I would play with him after his walk in the evening for half an hour. I imagined his black face digging into a dog bowl – he would eat a bowlful of dog food, and then I would give him his dinner.

I was shaken out of my fantasy by a sudden bang in my ear. I looked around, dazed. I looked around and saw my brother, a grin spreading on his adolescent face, his black hair untidy, wearing his night clothes. He put down a toothpick he had in his hand on the table, where I saw the remains of a once-inflated-balloon were kept, as he stared at me, still grinning. He said, ‘Well, now that you’re up, we can play,’ he pointed to a bunch of small cushions we had been playing with the previous night, ‘Can’t we? Ah, look at this – torn pillow.” I’d forgotten all about it. “Remember, I was hitting you on the head, you pulled, and it tore?’

‘Yeah- yeah, I remember,’ I said, rubbing my eyes.

‘It tore, and fell. That moment Mum came, and we just stuffed some polyester and put it up again.’

‘What does anyone play for?’

‘Can’t see now fun in this, it’s getting hurt that makes a chunk.’

We got our pillows and started throwing them at each other, again.

Afterwards that day, I went to Mom again. Seeing me, she said, ‘If you’re here for that…’

‘Mum, the only thing I really want…’

‘Is a dog. And I have told you time and again that it is not possible.’ Mum’s ears went red, a sign of her lying or doing something unintended, and she added, a little too quickly, ‘You won’t get a dog for your birthday. Period.’

‘But only a Shepherd, my favourite breed.’

‘No.’ There was a firmness in her voice, but her ears were still  red.

I resigned to my room, took out my book, and decided to read Ruskin Bond’s fiction.

The next day, I woke excited, but that quickly died down – the day wasn’t going to be different.

I walked out to the drawing room to see Mom and Dad cleaning a lamp we had. But before I could think about why this was happening, Mom looked at me, hugged me, and said, ‘Happy birthday! How’s the birthday girl?’

‘Happy birthday,’ said Dad, ‘how does this lamp look? Cleaner?’

‘Well, you can go take a shower then,’ said Mom.

I went to my room. I didn’t expect surprises. As I opened the door, though, a sight met my eyes.

In front of me was a box, on which was set a large bag of pedigree dog food and two bowls. On the large packet was a sticky note. It read ‘Happy Birthday!’ I went to the box, removed the bag and bowls, saw some holes on it, and opened the box. I let out a gasp. A tear trickled down my right cheek.

In the box was a young German Shepherd, asleep. It probably reached my calf. It had a golden coat, with eyes outlined with black that reached its underbelly. I pet it on the head. It woke.

I scratched its neck and whispered, somehow knowing it was a male, ‘Achilles.’

I went to the drawing room, and stared at Mom. I said quietly, ‘You did it.’

I felt elated. It was the happiest day of my life.

The story won the third prize in our recently held Story Writing Competition (Theme: Lockdown Tales). The story is a work of fiction. It is written by Mohhika Sharma, a student of Delhi Public School, Greater Noida.

Why Have We Forgotten Everything We Learnt In School?

Lockdown Tales – Have I evolved?